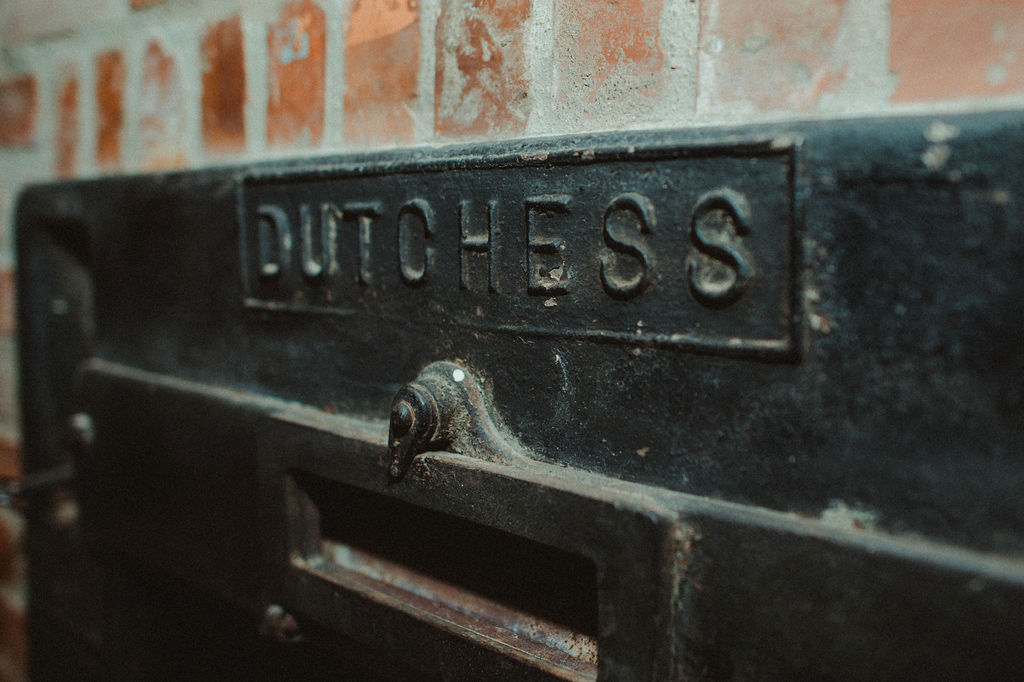 The Dutchess is an all-day place and a fun collaboration amongst friends and family. Kelsey Brito runs the bakery, Saw Naing is the chef, while Zoe Nathan wraps her arms around the whole restaurant. It’s a place to come in the morning for a cappuccino and a croissant, take home a loaf of bread, meet friends for sandwiches, salads and flatbreads at lunch, and come back for great drinks and Burmese-Californian flavors at night. The majority of ingredients come from within 50 miles, including Zoe and Josh Loeb’s 50/50 Farms and other farms focused on soil health. It’s a love letter to Ojai from a team that cares deeply about what they do and about the community itself.

When Zoe and Josh moved their family to a 3.5 acre farm in Ojai a couple of years ago, they had no intention of opening another restaurant. They met so many talented farmers, artists, fishermen and local business owners whose reverence for the land and nearby waters ended up inspiring Zoe to open a restaurant and bakery as a way to work with them. Saw Naing had left the couple’s restaurant, Tallula’s, because he wanted to open a restaurant centered around the food that his Indian grandmother taught him to cook as a child in Burma. Kelsey Brito, who had managed the bakeries at Josh and Zoe’s Milo + Olive and Huckleberry Bakery & Cafe at different times, wanted to work closer to home since she had moved to Ventura.

The group all gathered on Zoe’s porch one morning, ate scrambled egg tacos, and started to hatch a plan. They would create a place that was a bakery and cafe during the day, and that turned into a Burmese restaurant at night with epic cocktails, wines and beers. A place that was loud, bustling, chaotic, and joyful. A place they could unapologetically be themselves, source from the bounty of what was locally grown and harvested, and turn that into food and drinks that nourished both the community and the people who came to visit.  The team came across the space on Ojai Avenue that had previously been Azu, but had been built originally by Bill Baker in 1927 as Ojai’s bakery. When they discovered that Laurel Moore and her daughter Liz were ready to move on so they could focus on opening a brewery and taproom with Liz’s husband Jeremy, it was clear that The Dutchess was ready to be born.

Partner Zoe Nathan is the celebrated baker and founder of Huckleberry Bakery & Café and author of its namesake cookbook. As the co-owner of the Rustic Canyon Family, she and her husband Josh are partnered with talented chefs, bakers and a wine director behind some of Santa Monica’s most beloved dining destinations. She and Josh live with their three kids in Ojai and run 50/50 Farms, a 3.5-acre operation focused on soil health, that grows produce for The Dutchess and the community in need.

Pastry Chef/Partner Kelsey Brito was previously the Bakery Director of Operations at Milo + Olive, and honed her skills at Huckleberry and San Francisco’s Tartine. The Dutchess marks her first foray as a Partner. Baking runs deep through her Portuguese family, with some of her earliest memories being of her grandmother Leonor whipping up traditional egg tarts. She’s a pie girl at heart, but you can find all manner of beautifully rustic and seasonal pies, layer cakes, cookies and sweet things on the shelves or your dinner table. Kelsey, who lives in Ventura with her baker boyfriend, loves working with heirloom grains and finds constant inspiration and kinship from local farmers.

Executive Chef/Partner Saw Naing was previously the Executive Chef at Tallula’s in Santa Monica where he built the Mexican restaurant’s housemade masa program with Chef Jeremy Fox from the ground up. He has worked alongside other acclaimed chefs, such as Thomas Keller at Bouchon and Joachim Splichal at Café Pinot. After leaving Tallula’s to pursue his dream of opening a Burmese-Indian spot, he reconnected with Zoe and Josh less than a year later. Saw, who studied music and was in a metal band, brings his own, unique spin to his heritage’s cuisine, and he’s a fierce proponent of only using what’s local and available—a hallmark of Burmese food. He lives in Ojai with his wife Brittany, who runs the bar at the Dutchess.

Partner Josh Loeb oversees the beverage program at the Dutchess and supports overall operations. Josh became inspired to open his first restaurant after doing dinner pop-ups out of his childhood home in Santa Monica’s Rustic Canyon. Josh opened the flagship restaurant (which now has a Michelin star) in 2006, and has organically grown the Rustic Canyon Family with Zoe into a collection of welcoming, neighborhood restaurants. He and Zoe were also James Beard semifinalists for “Outstanding Restaurateurs” in 2018. A major advocate for land reciprocity and responsible sourcing, Josh created an Organic Transition Grant in 2021 with the restaurant group and The CCOF Foundation to help 10 small to midsize California farms, with an emphasis on supporting BIPOC farmers, make the move to regenerative, organic practices.

Hot off the Press

Drop a line to elise@rcrestaurants.com with any press inquiries.